What is a summer without s’mores? Growing up we always went out to the sand dunes and had a picnic and always did s’mores’ Raising our kids we always had them camping or bbq’s in the back yard.

Do you know where they came from?

The history of s’mores is somewhat unknown, but the first recipe The first printed S’mores recipe appeared in 1927 in the Girl Scout handbook called, Tramping and Trailing in 1927 by Loretta Scott Crew who made them at a campfire for the scouts.

It is unknown when the name was shortened, but recipes for “Some Mores” are in various Girl Scout publications until at least 1973.

But you know the best part of the s’more is not it’s history, but it’s taste. Let me share with you the original 1927 recipe for s’mores compliment’s of the girl scouts.

“Some More:
8 sticks (for toasting the marshmallows)
16 graham crackers
8 bars plain chocolate (any of the good plain brands, broken in two)
16 marshmallows

Toast two marshmallows over the coals to a crisp gooey state and then put them inside a graham cracker and chocolate bar sandwich. The heat of the marshmallow between the halves of chocolate bar will melt the chocolate a bit. Though it tastes like “some more” one is really enough. “

” S’MORE” FUN FACTS
S’mores got its name because you’ll always want “some more”!
Graham crackers were created in 1829 by Rev. Sylvester Graham. They were originally considered a health food.
About 90 million pounds of marshmallows are purchased every year. No word on how many are used to make s’mores.
Egyptians enjoyed a marshmallow-like treat made with mallow plants as early as 2000 B.C.
The largest s’more ever made weighed 1,600 pounds and used 20,000 marshmallows and 7,000 chocolate bars. That was in 2003, and the Guinness World Record category for largest s’more was retired shortly after.
A larger s’more was made in 2007 to celebrate the 70th anniversary of Virginia State Parks, measuring 1,936 square feet, using 55,000 graham crackers, 40,000 marshmallows and 8,000 Hershey’s chocolate bars, but was not recognized by Guinness.

National S’mores Day is August 10th. And you don’t need to know who invented the s’more to know that’s going to be a very good day..

If you don’t have access to a campfire, you can always make s’mores at home in your kitchen.

S’more pops from Gimme Some Oven

S’mores Candy Bars From Not So Humble Pie.

The Easiest Recipe Ever. And The Best Tasting: Thin Mint S’mores!  (Via Crazy For Crust)

S’mores Dip from The Recipe Critic

Smores Nachos from the Daily Meal

• Of the 90 million pounds of marshmallows American buy every year. 50 percent of those are toasted over the fire during the summer (and that’s a lot of marshmallows.)

• Reverend Sylvester Graham, a minister who believed strongly in avoiding processed wheat, invented the sweet whole wheat cracker named for him in 1829.

• The original S’mores recipes has inspired major American food manufacturers to make S’mores Grahams children’s cereal as well as the Hershey’s S’mores candy bar — both of which have now been discontinued — proving once again that making S’mores is half the fun.

These DIY Personal S’mores Pots are perfect for backyard entertaining or summer S’more Parties when you don’t have a fire pit.
If your children haven’t tasted them yet, then you need to make sure to bring the right stuff to make them for your next camping trip, because they are missing out on an American Classic.

Disclosure of Material Connection: Some of the links in the post above may be “affiliate links.” This means if you click on the link and purchase the item, I will receive an affiliate commission.

Regardless, I only recommend products or services I use personally and believe will add value to my readers.

MY MEMORIES SUITE…Be Sure To Order Your Photo Gifts In Time For Valentine’s Day Delivery! Use Code LOVELY25 For 25% Off! Enjoy!

Shop KidSteals Today and Save Up To 80% On Lots Of Great Items!

Get Ready To Watch NFL Games and Avoid Any Blackout Whenever and Wherever At Sitelock ….Get 40% Off Now!

Show Her How Much You Love Her With a Ring From BEVERLY DIAMONDS. Right Now Save 25% Sitewide.

We All Need To Accompany Her On That Walk….*Wild By Cheryl Strayed.* This Novel Is a Must-Read For Women Everywhere. Get a Copy At Abe Books . 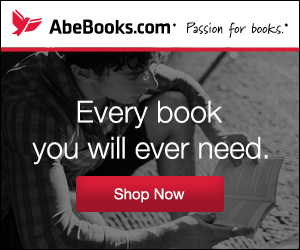 Time To Refresh Your Home?? Hop Over To Target.com For 25% Off Furniture Online Only + FREE Shipping.

The Freshest Blooms! Starting at Just $40 + Free Delivery Nationwide at The Bouqs! WALMART.COM…Spend a Great Day On The Water With An Intex Explorer K2 Inflatable Kayak with Oars and Hand Pump ONLY $45.00 Shipped! (Reg. $99.00!)

SIMPLE CONTACTS….Get Your Brand of Contacts at Great Prices, with Fast and Free Shipping. 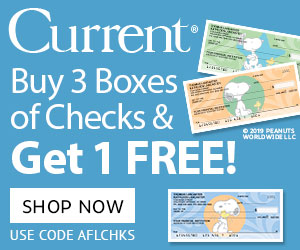 Easy To Set Up…..Lower Your Internet, Cable, and Phone Bills With Trim.

Save An Extra 30% On V-Day Gifts With Limited Edition Yearbook Purchase Over At Balfour . ZAZZLE….20% OFF SITEWIDE With Code: ZAZWEEKDAY20 At Checkout! Lots Of Great Valentine Gifts! 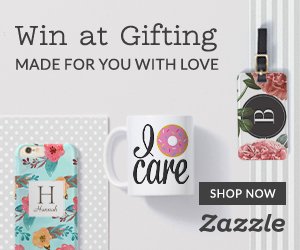 SMART FARES…..Cheap Flights Airfare Deals! Get Up To $15 Off* with Coupon Code “SFCHEAP15”. Hurry.

Who Has Time For Groceries? Get Shipt….Become a Member For ONLY $79 + $20 Off Your First Order.

REAL KETONES….The Real Easy Way To Lose Weight and Keep It Off!

Head Over To BestBuy.com…Only $99.99 for 2 Google Nest Hubs in Chalk Or Charcoal. Plus FREE Shipping!

EARTHING…..Connect To The Earth and Change Your Life!

Keep Your Skin Healthy All Winter Long With EIGHTEENB. Locks Hydration In & Keeps Environmental Stressors Out. 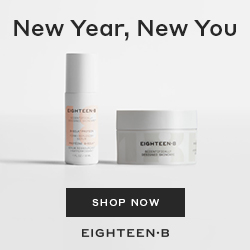